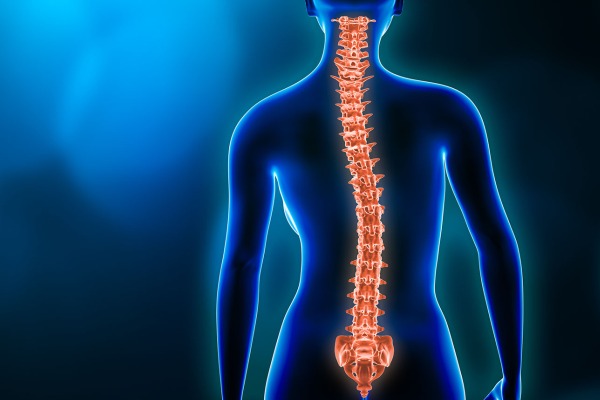 Scoliosis is a sideways curvature of the spine that occurs mostly during the growth spurt just before puberty. It can also be caused by conditions such as muscular dystrophy and cerebral palsy.

It’s estimated that around 3% of the population have scoliosis. The good news is that most cases are mild and in many cases treatment is unnecessary.

The most common types of scoliosis curves are: –

What is the number one sign of scoliosis to look out for in a therapists’ clinic?

Mr Darren Liu is a trauma and orthopaedic surgeon who is fellowship trained in complex spinal surgery. He is one of the leading experts on scoliosis.

It’s extremely common for sports coaches, teammates and teachers to first notice something unusual or asymmetric in a child, as parents see their children every day and it’s a condition which generally progresses gradually and is normally painless.

According to Mr Lui, there are two main reasons why a child visits a therapist.

The main symptoms and signs of scoliosis to look out for are: –

In severe cases, the spine will not only curve side to side but will also rotate or twist. This will cause the ribs on one side of the body to stick out further.

There is no known cause for the most common type of scoliosis. However, it does appear to run in families, so hereditary factors can play a minor role.

Research has shown that while both boys and girls experience scoliosis at the same rate, however, girls are more likely to experience severe scoliosis and require treatment.

It’s known that the less common types of scoliosis can be caused by: –

How do consultants work with therapists?

The first step is to visit your GP. Your GP will then examine your child and refer you to a hospital for X-rays and further diagnosis. Should your child be diagnosed, he/she will be referred to a specialist to discuss the way forward.

Consultants work with therapists at various different levels and points in children’s and adults’ treatment. As Mr Lui states, “scoliosis itself is a non-life threatening disease and a non-neurological threatening disease – you will never be paralysed from it and you will never die from it. So, I always emphasise to patients that surgery is never mandatory, we try our very best to help them avoid it. If they do not meet surgical criteria, we do everything in our power to help to keep it a bay by using therapists with various roles and expertise.”

Apart from the work done with therapists it’s important that children are encouraged to stay fit and flexible. Standard physiotherapy can be helpful in maintaining flexibility. Mr Lui points out that it’s difficult to say whether physiotherapy alone can reverse scoliosis, considering that sometimes it reverses itself spontaneously.

SSPE (scoliosis specialist physiotherapy exercises), also known as the Schroth Method, plays an important role in the treatment of scoliosis and is often used in conjunction with brace treatment. These exercises are tailored to each patient’s spine curvature and can be beneficial to patients of all ages, regardless of the severity of scoliosis.

The exercises focus on alignment of posture and muscular symmetry, plus breathing into the concave side of the body, while also teaching patients to be aware of their posture. This approach to scoliosis treatment was developed in the early 20th century by Katharina Schroth, who suffered from moderate scoliosis and wanted to find an alternative treatment to a steel brace.

Standard physiotherapy is also useful before and after surgery and many children opt to take advantage of the extra assistance to optimise their treatment before getting back to playing sport.

Oryon Imaging offers affordable private MRI scans, Ultrasound scans, X-rays and DEXA scans in London’s world-renowned Harley Street medical district. With MRI scans from just £250, x-rays from £55, ultrasounds from £265 and DEXA from £95, make sure you get the right diagnosis and treatment you need with Oryon Imaging.