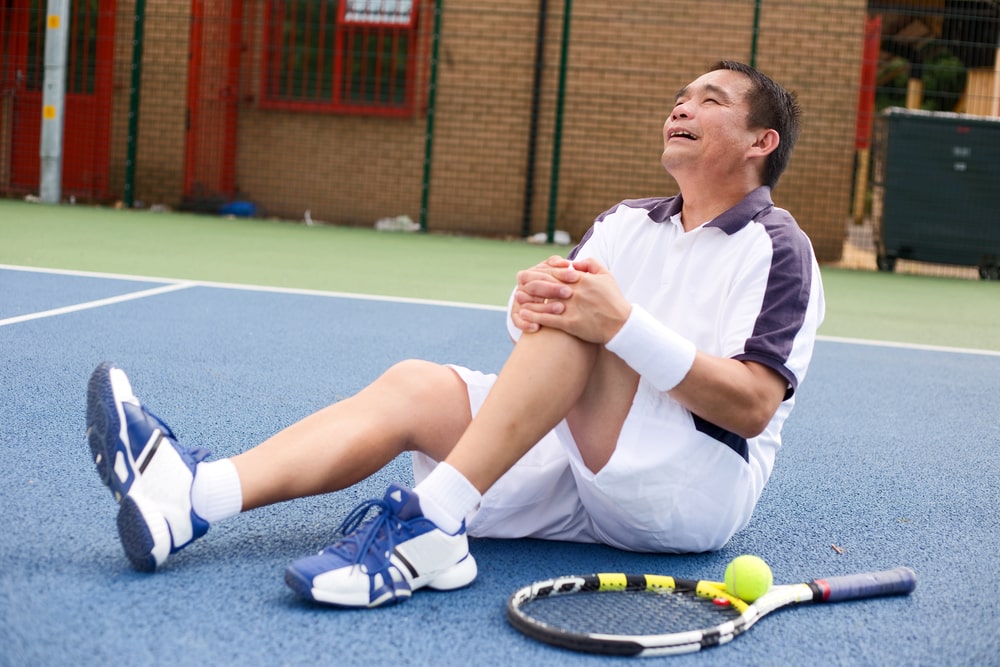 Ian McDermott is a Consultant Orthopaedic Surgeon with a private practice in central London. He specialises in all aspects of knee surgery, including soft tissue reconstruction work and he kindly shared his expertise with regards to the ongoing debate between knee surgery and conservative management.

Before moving on to knee surgery v. conservative management Mr. McDermott felt it was important to clear up the confusion that exists regarding arthroscopies. Various studies have concluded that only a small minority of degenerative meniscal tears in older patients require surgery- NCBI. This has led some patients to announce that they’ve had knee arthroscopy and it hasn’t fixed the problem. As Ian points out, these statements show an ignorance of the procedure. An arthroscopy is not an operation, it’s a surgical procedure which allows a clear view of the knee joint without making a major incision through the skin and soft tissue. An arthroscope (a small camera) is inserted into the knee joint allowing surgeons to view images on a monitor which enable a diagnosis and possible treatment plan.

Mr. McDermott explains that “if somebody tells me they’ve had knee arthroscopy, it tells me nothing about who they are, why they needed it; what was found inside the knee at the time and what was actually done in the joint. It’s a very generic term.” It’s a surgical approach rather than an operation. It’s essential to discover each patient’s pathology, and how it’s affecting them? Questions need to be asked, such as what are the symptoms and how are they affecting them as an individual? Are the symptoms mild or do they justify surgery and if so, what can be done? Will it help and are there risks? These questions should be followed up by a long discussion with the patient. It’s a complex subject.

The old-fashioned view that arthroscopies are only used to wash out fluid build-up in the knee still exists in some quarters. However, there are a myriad of knee issues which can be treated arthroscopically, including: –

Can an ACL tear be managed conservatively?

Mr. McDermott was clear that there’s definitely a place for conservative management and this decision should be made after taking various factors into consideration: –

Every case is different and therefore it’s important to treat each individual on a case-by-case basis. There should be no didactic application of blanket rules or protocols.

Mr. McDermott points out that “a lot of the protocols are too generic, and a lot of the studies talk about patients, their cohorts or populations of patients. That’s fine, you’ll get it right for the average person. But the problem is that not many people are average. You’ve got people on the far left of average and far right of average, and if you just apply blanket rules to whole population, there are a lot of people that it’s just not going to be appropriate for, who get the wrong treatment.”

Ian McDermott recommends various imaging modalities when investigating and forming a diagnosis. X-rays are extremely useful for identifying conditions such as severe arthritis which then negates the necessity of an MRI. However, with younger patients, particularly people with sports injuries or people who are not experiencing pain, you need to take a closer look which is where MRI scans come in.

As Mr. McDermott clearly states, “a clinical history and a clinical examination can only ever give you a differential diagnosis. It won’t give you a definite diagnosis. So, if you want to know what’s going on and it’d be stupid not to do it, then you’re going to need some proper imaging. The proper imaging for a knee is not always, but most of the time it’s going to be an MRI scan.” He firmly believes that to perform an arthroscopy without first confirming it’s necessary by doing an MRI scan is actually bordering on being clinically negligent.

The main reasons for this conclusion are that an MRI is needed to: –

Ian McDermott’s final word on this subject – “personally, I think it is literally negligent, clinically negligent to do an arthroscopy without having done an MRI scan first.”

Hear more on this and Mr McDermott’s thoughts on arthritis of the knees in our upcoming Webinar: Knee Arthritis – Facts and Fiction on the Latest Treatments.