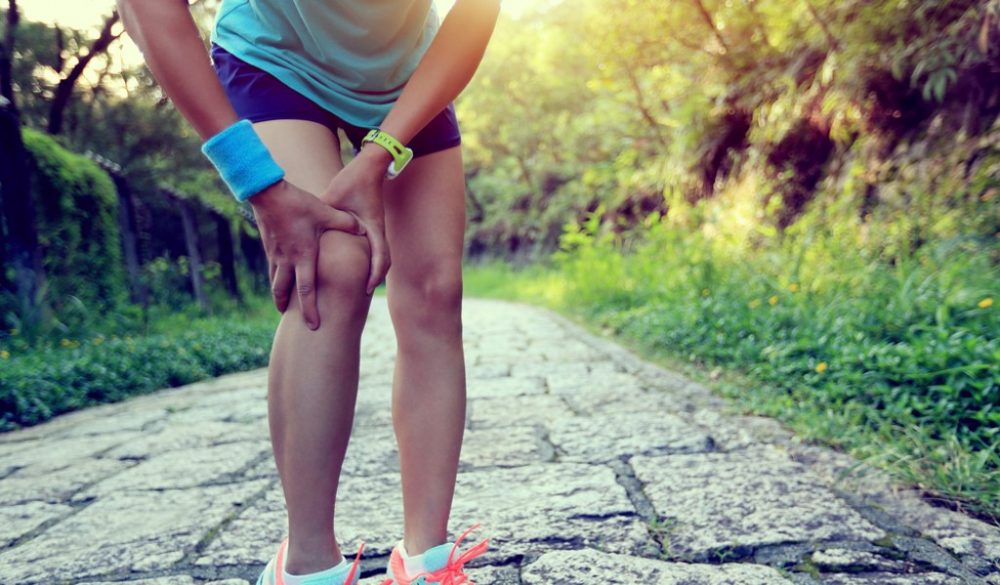 Running injuries of the knee: what’s significant, when to investigate and how to treat

Knees put up with a huge amount of strain during most types of activity. So what are the most effective treatments when running injuries occur?

Running is good, if your knees are up to it

Some people like to run. If you’ve got the genetics of Mo Farah then you could probably run thousands and thousands of miles, and as long as you’re lucky, your knees would probably be fine. We’ve all heard the research headlines that running is good for your knees and that it doesn’t cause arthritis. But is that really true, and does it really apply to us all?

If you’ve got normal tyres on your car, then you can drive nice and fast for good long distances. If your tyres are bald, then you might get a blowout. If your car’s shock absorbers are knackered and if you drive at speed along cobbles, then your car will probably fall apart, etc. etc.

The analogy for knees really isn’t all that different.

If your meniscal cartilages are torn or missing, then you’ve lost your shock absorbers, and you’re simply no longer suited to running.

If your articular cartilage is wearing thin or if it’s worn away down to bare bone, and if you then run, you’re simply going to cause more damage.

So, running with normal knees is good, but running on bad knees is bad, and it’s quite frankly just silly!

Runners are a funny lot!

Most people who run regularly share a number of particular traits:

And what’s the best way to make a runner hate you (or at the very least, stop listening to you and ignore all your good advice): tell them to stop running!

The positives of running

On top of all this, running is cheap and convenient.

Runners can actually feel somewhat cleverly smug about things, as the research is actually in their favour. Nokia et al published a study in The Journal of Physiology in 2018 looking at the effects of exercise on rats. 88 rats were taken and split into groups:

They studied the amount of Brain Derived Neurotrophic Factor (BDNF) released from each rat’s hippocampus in the brain. BDNF has been shown to increase the number of neurones in the hippocampus, and it is the hippocampus that aids in the storage of new memories, keeps new and old memories distinct, allows flexibility in the use of existing memories and assists the processing of new information (i.e. the hippocampus is kind of important, if you want to avoid depression and anxiety and if you want to improve mental performance).

The rats were examined after 7 weeks of exercise, and Nokia et al.’s results showed the following:

Therefore, running is actually good for your brain, not just your overall physical health.

So, it really can take quite a lot for someone like me to advise someone who runs to ‘not run’!

The most important thing is to listen to your body and to listen to your knees. For muscles, it’s true: no pain, no gain. However, for joints it’s the opposite. If your knee hurts then this is a sign that there’s a problem, and like many problems in life, the longer you ignore them with your head buried in the sand, the worse they get.

There are three broad categories of knee problems that I see in runners, and these are:

This is where something is either rubbing, or where the tissues just aren’t able to cope with the stresses that are being placed on them, which tips the balance into negative in the ongoing damage-repair cycle.

This group includes conditions such as:

Broadly speaking, the best management of these conditions is:

In these conditions, surgery is only rarely ever necessary.

Fortunately, we see relatively little knee trauma in runners. It’s fairly rare for a runner to trip and fall and end up accidentally twisting their knee and causing major damage, such as ligament ruptures. However, one type of trauma that I do see on occasions is traumatic patellofemoral articular cartilage damage.

If there’s a haematoma in the soft tissue at the front of the knee, or pre-patellar bursitis, this can be extremely painful, but these issues are just superficial and they normally tend to settle down on their own, mostly without the need for specific intervention.

If, however, an MRI scan shows significant patellofemoral bone bruising but no actual articular cartilage damage, then this may not actually be as genuinely reassuring as one might first think – because even if the articular cartilage initially remains intact, it can suffer delayed failure afterwards: sometimes months or even years later. Therefore, this kind of injury is certainly one to take seriously.

The main things that ‘wear’ in a knee joint are:

The meniscal cartilages are two elastic C-shaped wedges of cartilages in the knee that sit in-between the femur and the tibia, and that act primary as load sharers. (They used to also be called ‘shock absorbers’, although biomechanically speaking, this has rather been disproven now). As one gets older, the meniscal cartilages also get older, which means that they gradually become less elastic, more friable and more liable to tear. Importantly, 50% of degenerate meniscal tears occur spontaneously, with no history of any trauma at all.

Not all degenerate meniscal tears will end up needing surgery. However, recent ill-informed trash-talking in some of the medical press (note, medical not surgical – i.e. they are commenting on a subject in which they are not actually specialists, let alone experts) has suggested that ‘knee arthroscopy doesn’t work’ and that surgery for a degenerate meniscal tear is no better than placebo – this is just simply wrong! What’s actually important is appropriate patient selection.

If a patient has:

then the correct management is to offload and protect the knee, and to wait and watch and just give things time, and just see how things go (i.e. conservative management).

With this ‘wait and watch’ approach, some people might actually end up needing surgery, but many will do well enough to manage without.

If, on the other hand, the patient has:

then in that case it is entirely appropriate to go ahead with an arthroscopy, in order to trim the torn degenerate meniscus smooth and stable (degenerate tears are rarely ever repairable). Importantly, trimming a torn meniscus cures the symptoms from a meniscal tear but it does not, of course, restore the function back to the damaged meniscus.

It is said that trimming a meniscus ‘causes arthritis’ – this is just not true. It’s correct that if you remove normal healthy meniscal tissue then you’re defunctioning the meniscus, and that would then increase the risk of arthritis in that knee in the longer-term future. However, removing an intact (or a repairable) meniscus would be just daft, and completely wrong!

If a meniscus has developed a degenerate tear, then the torn tissue has already lost its function. Therefore, trimming away just the torn defunctioned tissue (in order to eliminate the symptoms of the tear) does not defunction the meniscus any further, as the damage has already been done.

What is particularly important with runners, however, is to have a clear understanding of just how badly a meniscus might have been damaged / defunctioned / lost – as the less of a meniscus one has in one’s knee, then the more important it is to protect the joint from heavy / repetitive impact, and hence the stronger the argument is for advising against continuing with long-distance running.

If one is developing ‘wear and tear’ (degeneration / thinning / loss) of the articular cartilage on the surface of a knee joint, then this is a clear sign that the knee is becoming ‘arthritic’. If you continue to pound a damaged joint, then you’re simply going to make the damage worse, speed up the degenerative process, and bring forward to time when you’re likely to end up needing major surgery, with an actual knee replacement.

And you should NOT run on an artificial knee replacement prosthesis!

So, there are times when the correct advice to a runner is that they should actually just simply give up running! This does not really mean ‘giving up’ – what it actually means is adapting, and focusing primarily on light non-impact cardio fitness work instead, such as the exercise bike / cycling, the cross-trainer, the rowing machine and light weights – all of which are good for your heart and your health, whilst being light on and relatively safe for your knees.

Most importantly, you can’t (or at least shouldn’t!) talk about treatments for a knee without first having a clear and specific diagnosis. It’s pretty much impossible to have a firm and confident diagnosis without first looking fully at the knee, and it’s impossible to see exactly what’s going on inside a knee joint just by looking from the outside, and hence if you want to do things properly then you’re going to need to get some imaging. The gold-standard for imaging of a knee is an MRI scan.

An MRI scan may give you a list of various potential diagnoses, but it is not the be-all and end-all in itself, as it’s important to ‘treat the patient, not the picture’. However, the old adage of ‘look before you leap’ is highly apposite here, and you can’t see without looking. So, if you think you might have a knee problem, then get it checked out! See a proper specialist and get some decent imaging: if it’s all fine, then great. If there’s something wrong, then the sooner you know and the sooner you deal with it, the better!

Look after your knees!!

We offer affordable diagnostic imaging in London’s world-renowned Harley Street medical district. If you or a patient need a scan, we’re an efficient, affordable and quick option, with private MRI scans from £200, Ultrasound from £250, X-ray from £40 and DEXA from £65. Mr Ian McDermott is a Consultant Orthopaedic Surgeon specialising purely in knees. He is the founder and the Managing Partner of the London Sports Orthopaedics practice, based in the heart of The City of London, and he is also an Honorary Professor Associate in the School of Sport & Education at Brunel University.

Ian won the President’s Medal of the British Association for Surgery of the Knee for his research into meniscal repair, and he was awarded a Master of Surgery higher degree by Imperial College for his research into meniscal transplantation. Ian has Hospital Innovations ‘Centre of Excellence’ status for meniscal transplantation, and he also has Vivostat ‘Centre of Excellence’ status for his use of biological glues in knees.

Ian was also the youngest ever surgeon to be elected as a Trustee and Council Member of the Royal College of Surgeons, he is currently the President of the UK Biological Knee Society, and he is also the Vice-Chairman of the Federation of Independent Practitioners Organisations.

Ian has said that he would welcome any comments or queries relating to his article, or any queries on any other knee-related topic. He can be contacted via:

Nutritional tips to recover from exercise as quickly as possible