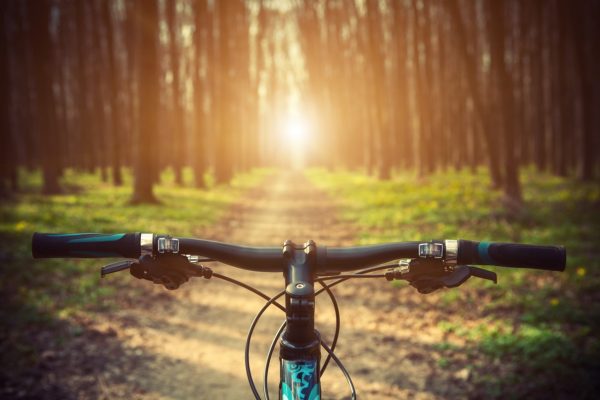 Why should we be dusting off our old bicycles, (or obsessively polishing our brand-new ones), and cycling during Covid-19?

As I walked down the pavement of a normally busy road in Surrey for the first time since last summer, I noticed that the fast flow of traffic was replaced by what seemed like an even faster – albeit quieter – flow of bicycles, ridden by lycra-clad men and women.

‘Yah, I’ve done 50 Ks so far today,’ drawled one particularly Surrey-esque cyclist to his cycling buddy as they zipped by me. I scoffed to myself at his boast, finding comedy in his exhibitionism and his assumption that his friend would even care, (thinking about it, he probably did!).

It’s easy to judge cyclists in their tight uniform, obsessing over their distances, holding up cars and, especially in the city, sometimes proving a nuisance as they push the boundaries of the law, nipping through red lights and tinkering their bells at unsuspecting pedestrians.

All this went through my mind before I realised that 50 kilometres is actually a hell of a long way, and I’m guessing that this guy wasn’t nearly finished with his ride. How far had I walked that day? About 5 kilometres!

This made me think; why should we consider cycling during Covid-19, and what’s different now than it was before?

The best reason to pick up cycling right now is to get some much-needed exercise. 59% of British people say they have gained weight since the start of lockdown and since cycling burns roughly 450-750 calories per hour , this is a no-brainer. See how many calories you’d burn while cycling with this calculator:

However, it’s not just about burning calories. Yes, there is a chance of an unexpected pothole or tree root upending you and causing injuries, but in general as a sport, cycling is fantastic for avoiding injuries and for people with pre-existing injuries. There’s a reason that cycle-machines exist in gyms; they’re great if you have lower limb conditions that running or jogging might exacerbate.

I spoke to Steve Holloway, Physiotherapist and Oryon Connect Partner, who told me why he recommends low impact sports such as cycling:

“In my clinic, I see a lot of client with ankle, knee, hip and muscular problems due to running. In most cases this can be due to foot pronation, (body weight landing on the inside of the foot), excess body weight and incorrect footwear.

“The advice I give to my clients, especially those with reoccurring injuries, is to take up sports such as cycling as this has a much lower impact on the body,” says Steve.

Steve also recommends a thorough warm-up and cool down routine, noting: “In my opinion, the most important injury prevention is warming up before you exercise and cooling down afterwards. Even if you are exercising with lower impact sports such as cycling, stretching before and after will dramatically decrease the risk of injury.”

There has never been a better time to get cycling

It goes without saying that fewer people commuting, socialising and generally out and about equals fewer cars on the roads. Whilst there is some evidence that cars are now more deadly to cyclists as speed-merchants take advantage of the open roads, in general it’s much more pleasant to be out on the roads on a bike, with less pollution, fewer angry motorists and much more likelihood of being able to avoid pesky potholes! If you have a road bike, this is the perfect time to get going.

In the city, this goes a step further as less traffic and an emphasis on avoiding public transport has meant that many roads have been transformed, making them cycle-friendly .

This is a great time to take advantage of the changes being made in London travel, so whether you’re commuting, going to the shop or going to meet friends in the park, you might want to consider cycling there!

If you’re hankering after some nature rather than roads, there are plenty of bike trails through the countryside so get online and find one near you.

Public transport is traditionally seen as a way to lower your carbon footprint, and indeed in the UK we’re really lucky to have good transport infrastructure, (comparatively, at least!). However, (and I’m sure you will be able to guess where I’m going with this), cycling is obviously a zero-emissions method of transport.

Perhaps we can even maintain the current drop in pollution we’re seeing all over the world, and cycling might just play an important role in this drive (if you’ll pardon the pun) for a greener world.

So, the next time I want to scoff at a cyclist, I’ll remind myself of the tremendous good that they’re doing, inadvertently or not.

If you do have a pre-existing injury or have recently hurt yourself and want to get a diagnosis and treatment, Steve can help. To enquire about physiotherapy at Oryon Connect, email us on connect@oryon.co.uk or give our friendly team a call on 020 7042 1881.

Nutritional tips to recover from exercise as quickly as possible