Why are pelvic ultrasound scans necessary? 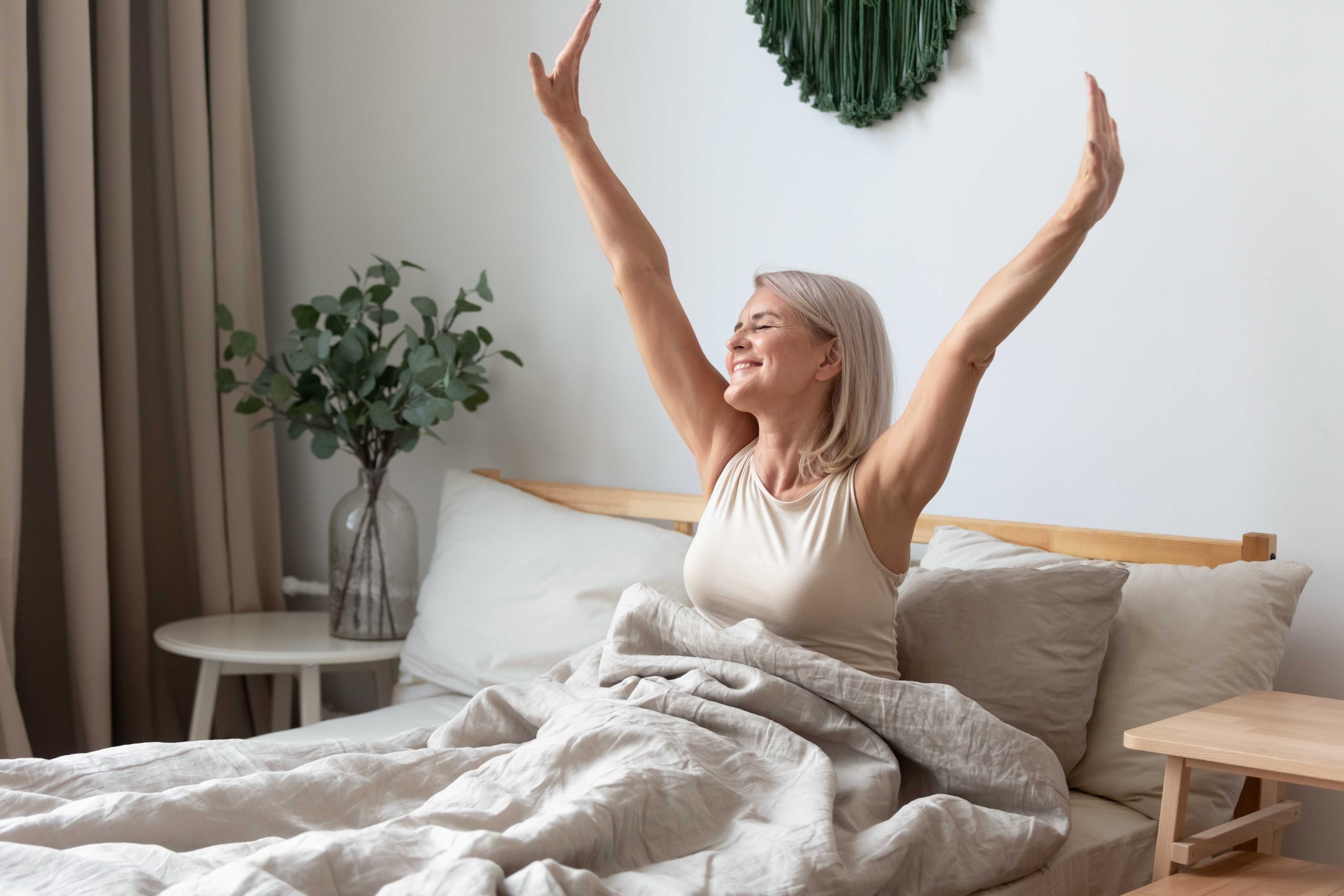 Dr Ghazala Aziz-Scott is a general practitioner and a specialist in women’s integrative health, functional medicine and bioidentical hormone balancing. Most of her time is now spent at the Marion Gluck Clinic, the leading bioidentical woman’s clinic in the UK. We have been talking to her about the use of pelvic ultrasound scans for BHRT assessments and for the early detection of gynaecological conditions.

Dr. Aziz-Scott describes menopause as a natural phenomenon that happens to all women; with the average age of menopause in the UK being 51. The time before this is called the perimenopause and it’s a period of transition where women experience symptoms such as hot flushes, irregular periods, night sweats, loss of libido, poor sleep and anxiety.

Dr. Aziz-Scott explains that “these are the classic symptoms that people might experience in the perimenopause. The menopause is a technical definition because it’s when actually your periods have stopped for 12 months, but obviously in the period leading up this, there can be many changes leading up to that final event. The hormonal fluctuations and imbalances occur over a period of time before a woman’s final period. So, a lot of women come to see us during this time. They don’t wait until their periods have totally stopped.”

What’s the Difference between HRT and BHRT?

Bioidentical hormones are completely different from the synthetic hormones used in traditional HRT. The prescription medications, Premarin and oestradiol, are used in HRT to boost oestrogen levels and attempt to alleviate perimenopausal and menopausal symptoms. GPs frequently prescribe HRT which uses synthetic hormones derived from horse urine (Premarin). BHRT uses hormones which are derived from the Mexican yam (oestradiol).

Dr. Aziz-Scott reiterated that bioidentical hormones are structurally exactly the same as our own body’s hormones, whereas synthetic hormones are not, which is why women taking HRT often experience unpleasant side effects.

Bioidentical hormones are not classed as drugs, so they don’t require the highly expensive trials that exist for HRT and they are unlicensed. That said, there have been many trials testing the safety and efficacy of BHRT; the largest study was with 80,000 women and the results were extremely positive. The NHS is now recognising the efficacy of bioidentical hormones which they call body identical or regulated bioidentical hormones, but they are also still prescribing synthetic HRT. Dr Aziz-Scott says, “So, people are still getting oral oestrogen treatments, which we know are not as safe. They’re still getting synthetic progestogen treatments, which we know don’t have as good a safety profile as natural progesterone.”

How Quickly does BHRT Relieve Symptoms?

Dr. Aziz-Scott answers this question for us, “BHRT improves symptoms very, very quickly, because every day we make hormones, and we metabolize them and we excrete them. The minute you take them, the levels in your body will start going up. Some women report benefits immediately. I had a woman who said it was like all the Christmas tree lights went on, and for other people, it takes time for the BHRT to be effective.”

Dr. Aziz-Scott pointed out there may be other issues that impact our hormones, so she looks into any underlying issues during each consultation.

It’s important to note that those women who are on conventional HRT are not offered a pelvic scan. These scans not only enable physicians to look at the endometrial lining thickness but also to look at ovary health and check for fibroids or adenomyosis. Dr. Aziz-Scott says that “pelvic ultrasound scans are vital. Whenever we’re giving any kind of unlicensed progesterone preparations, that means a transdermal cream or a sublingual lozenge or the sublingual drops, we are obligated with our safety protocols to do a pelvic ultrasound at baseline, and then at a year to 18 months.”

Pelvic ultrasound scans can be used to assess, detect, diagnose and assist in the treatment of many conditions including: –

There are many, many reasons why it’s wise to have a regular pelvic ultrasound. It’s non-invasive, painless and can detect many health issues which would otherwise go undetected.

How to Book a Private Ultrasound Scan

You’ll need to be referred to us by a qualified clinician to have a pelvic ultrasound scan. You can then submit your referral by logging in or signing up to our secure online community, Connect. Then you simply choose the most convenient time and the date.

Alternatively, you can send your referral to imaging@oryon.co.uk and we’ll be in touch as soon as possible (normally within one working day) to get you booked in.

For further information on our ultrasound services, click the button below.

Alternatively, if you have any questions about your ultrasound referral, you can contact us at imaging@oryon.co.uk.

Why Choose A Private Ultrasound?