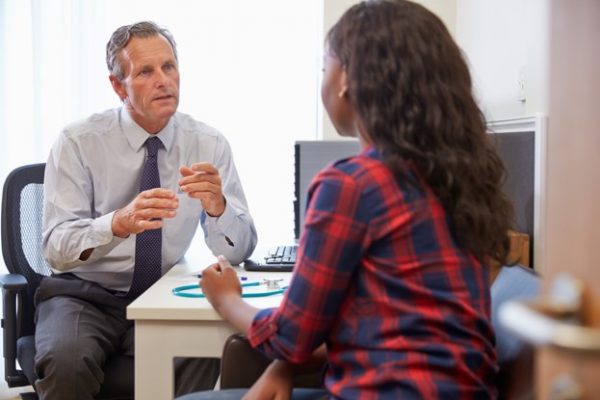 Patient story: how a swift diagnosis of calcific tendonitis led to a tailored physiotherapy course on the NHS

In early June, 2018, Lucy felt a pinching pain in her left bicep.

Lucy’s story is from the days of London Imaging Centre, but since our service has only improved since then we thought it still worth sharing.

Over a couple of weeks, this pinching developed into a stiffness of the whole left arm, and eventually excruciating pain in her whole left arm. She immediately went to A & E and then to her GP, where she was told that the soonest available scan was in late July or early August. As a result, Lucy went to see a Consultant at a private hospital, who wrote a referral form for an X-ray and an MRI scan. However, Lucy was self-funding her care, so was shocked at the high prices for diagnostic imaging. Her Consultant then gave her some other options for having a private MRI scan.

Lucy said, ‘I’ve never had to find a place to have a private MRI scan before, so I didn’t know that it was really an option. After being presented with the options, I shopped around, and eventually chose London Imaging Centre as the most responsive.’

Lucy called London Imaging Centre to enquire about prices, and said, ‘My first impression when I rang was a really friendly voice on the other end of the line. She was really polite and super-helpful, and took the time to explain to me about the different prices and what the options were, which really meant a lot to me.’ Lucy was told about London Imaging Centre’s flexible pricing model, so went online to have a look at the Pricing and Availability Calendar. She found an MRI slot that she wanted, and called to book it the next day.

Lucy also booked herself in for an X-ray scan on the same day. When she arrived for her X-ray scan, the ‘super-friendly’ Front of House staff booked her in, gave her a tablet to sign the check in form, and she was seen within a few minutes of arriving, saying, ‘I didn’t even have time to read a page of a magazine before I was seen. By the way, your coffee machine is amazing! I had a great mocha.’ She was shown to a lockable changing room, where she left her belongings and changed into a gown for the scan. Lucy said, ‘The lady who did the scan was really kind and really polite. She did the scan quickly and efficiently, and told me that the scan images were immediately available on a CD and on the Patient Portal, and that the report should be completed within one working day by the Consultant Radiologist.’

When Lucy came in for her MRI scan two days later, she had a similar experience, waiting about 10 minutes to have her scan. However, unfortunately she experienced a minor panic attack whilst in the scanner, because she was really concerned about her stiff and painful shoulder. Lucy pressed the handheld call bell, and was immediately slid out of the scanner and checked on by the Radiographers carrying out the scan. After reassuring her and talking her through the procedure again, Lucy went back into the scanner and had the scan successfully, and describes the radiographers as ‘calm and really helpful.’

Lucy’s MRI report was completed by a Consultant Radiologist on the same day, despite it being a Sunday, and she saw her Consultant for a follow-up appointment on both her scan reports that Friday. Lucy’s Consultant appreciated how accurate and well-written the report was, and so read it out to her and explained the findings. Lucy was found to have calcific tendonitis, a condition in which a tendon swells up and becomes very painful, and an unexpected labral tear. The clear report confirmed one of two possible diagnoses suspected by Lucy’s Consultant.

Lucy took this diagnosis with her to an NHS physiotherapy appointment, allowing her to bypass months of waiting for imaging services and follow-up appointments, and possibly avoid a mis-diagnosis of a frozen shoulder. The knowledge that her physiotherapist now knew the exact problem, and could therefore focus on fixing it as quickly as possible gave Lucy ‘great peace of mind,’ and, having been given the option of further private appointments if the pain got worse, she is now receiving the treatment she needs on the NHS.