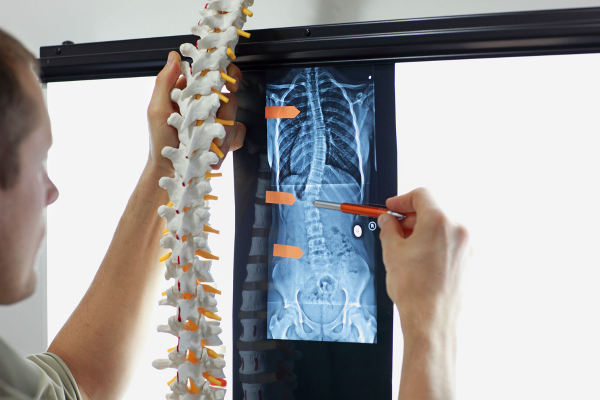 Bracing: The Ins and Outs of the Scoliosis Treatment

A scoliosis brace is worn around the upper part of the body to prevent an abnormal spinal curve from worsening. It’s used in adolescents whilst their bones are still growing.

Dr Darren Liu, a world-renowned spinal surgeon, explains the importance of bracing to the parents of his young patients in simple terms: “if you have a tree that is crooked and put a stick in the ground, as the tree grows, the stick will help the tree grow straight.” This philosophy is transferred to children with scoliosis. In other words, children can be braced into a straight position so, as they grow, they maintain that straight position.

A brace must be applied while the child is still growing and, there’s a small window of opportunity for applying a brace which is measured in various ways. A child’s level of maturity can be measured based on a pelvic X-Ray using the Risser classification. If an adolescent has reached the Risser 2 stage, ossification of the iliac crest apophysis is between 25% and 50% complete. Risser 2 means that the child is still growing but the rate of growth has slowed down. Generally, by Risser 2, a male’s voice has broken and a girl has experienced menarche. There is still a risk of curve progression, which is the ideal time for curve management and bracing.

Another method for measuring the progression of ossification is using the Sanders grading. This involves taking an X-Ray of the left hand, fingers and wrist. A combination of these measures helps us fine-tune the timing of the brace and when to remove it.

Dr. Lui says, “We use two different types of braces in my practice. In the NHS, we use the Boston brace where almost all research is exclusively based on the literature. There are also custom-made braces which are used more in the private sector. I definitely support them as they’re aiming for much more over-aggressive correction of the scoliosis to try and get the spine straight and help growth modulate.”

How long would a brace last on average? Does this depend on the curve?

Dr. Lui firmly states that the size of the curve is important. As a guideline, the literature supports children who are between 20 and 40 degrees are usually braced. However, Dr. Lui would definitely brace a child with a 45 degree curve, if they wanted to try bracing. On the other end of the scale, it’s thought that a child with less than a 20 degree curve may be caused unnecessary suffering for several years when they may not have needed it at all.

Age is important when determining using a brace but skeletal maturity is more important. For example, there is a big difference in skeletal maturity between a 12 year old girl who started her period when she was 11 and has almost stopped growing and a 12 year old girl who hasn’t started her periods and is growing quickly. This is why imaging is used.

How do you decide when to wean a patient off bracing?

Various factors are involved in this decision. Dr. Lui explains, “for a child that has already been wearing a brace for 3 or 4 years, you want to do your best to get them out of it, as it takes a significant toll. The left hand skeletal maturity X-Ray is used to determine when their growth is slowing down. If the child is in their last year of growth and you can predict that very little change will occur, we will try and allow them to have that last year without a brace, but it depends on the magnitude of the curve.”

On the other hand, there are children who are diagnosed late and want to keep the brace on as long as possible to maximise the possible success. Dr. Lui says he would never stop a child from doing that but we would advise patients that there are diminishing returns the later you start bracing. “It would be hard to make a child who enjoys playing sports stay in a brace 23 hours a day, but then there are some kids I’ve met who would wear them 30 hours a day if they could! I think the one thing to do is not make the child or parent feel guilty for failing to brace.”

How important is the role of imaging before bracing?

Imaging is vital in assessing scoliosis and determining the correct diagnosis and treatment. Various forms of imaging are used:

Oryon Imaging offers affordable private MRI scans, Ultrasound scans, X-rays and DEXA scans in London’s world-renowned Harley Street medical district. With MRI scans from just £250, x-rays from £55, ultrasounds from £265 and DEXA from £95, make sure you get the right diagnosis and treatment you need with Oryon Imaging.

It’s official, we have a second MRI location