Calories vs The Microbiome 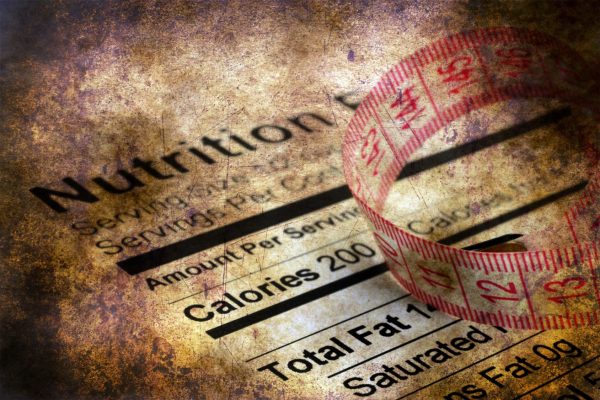 Calories vs the microbiome

Recently, researchers have suggested that adding the amount of exercise you’d need to do to burn off the calories in food to the labels would help reduce obesity. Dr Ese Stacey, Sport and Exercise Medicine Consultant, is here to discuss this idea.

‘Calories in = calories out’

Food producers have recently been debating whether or not to include ‘the amount of exercise necessary to burn the calories’ on food labels. At first glance, this seems like a reasonable idea.

As a Sport and Exercise Medicine Consultant, anything that will get the population exercising more is welcome. Viewed from a thermodynamics perspective, it can be useful to think of the body as an oversized oven that burns the food, or fuel, we put into it. Too much food and not enough burning leaves us with excess fuel to store. This view is often termed the ‘calories in = calories out’ perspective.

This view, which effectively states that all calories are equal and behave the same way in the body, irrespective of which type of food they come from, has stimulated much debate over the past few decades, with the jury still out on where the truth lies.

All calories are equal, but some are more equal than others

If all calories are the same, this means that for a given amount of exercise, the more food we eat, the more weight we can expect to put on. However, the calorie count does not explain some curious research findings such as, antibiotic use being associated with weight gain. Assuming the amount of exercise stays the same and the calorie intake stays the same, where does the weight gain come from? Or how about artificial non-calorific sweeteners being associated with with weight gain. Again, where are the extra calories coming from? If this research is to be believed how will the food producers deal with artificial sweeteners on labels and should antibiotics carry a ‘need to exercise more’ warning as well?

Artificial sweeteners and antibiotics are known to affect the gut. It is their negative effect on the gut microbes that has been linked to weight gain. Perhaps a better way of dealing with the food and health labeling would be to factor-in the effect of the food on the gut and the gut microbes.

The importance of gut microbes and their genetic material (also called the microbiome), is gaining traction in the media. However, the link between the gut and obesity doesn’t seem to have been able to counter the ‘calorie in=calorie out’ mantra. More information concerning the influence of gut microbes on our health is necessary. A decade ago, the Human Microbiome Project in the USA set out to understand the make-up of the microbes that live in a symbiotic relationship with us. This science is gaining much ground but the full implications of this still fail to make it to the mainstream. An early study looked at how changes in the gut microbial make-up could influence weight gain. The study took mice with a sterile gut, who are typically underweight and gave them gut microbes from a normally reared mouse. The ‘sterile’ mice gained weight without manipulation of their diet. They then gave normally reared mice microbes from an obese mouse and ‘low and behold’, the normally reared/normal weight mice gained weight.

From this study one can argue that the gut microbes have a major role to play when it comes to harvesting energy from food. The researchers in this study went a step further and gave the obese mice microbes from a thin mouse and the obese mice lost weight. This and similar studies provide compelling evidence that the gut microbes may count more than the calories when it comes to obesity.

Many studies now show that obesity, far from being about calories, is an inflammatory disorder. In fact many studies now show that chronic low grade inflammation is the driving factor behind almost all chronic disease. This inflammation, for the most part, is silent. The manifest symptoms of this silent inflammation along with obesity are the chronic diseases of our time such as diabetes, heart disease, high blood pressure, high cholesterol and strokes to name just a few. Get rid of the inflammation and you get rid of the obesity. So if we shouldn’t be counting calories, what should we be doing? Perhaps we should be paying more attention to the make-up of our microbiome. A brief internet search of US patents shows a patent application for a purified combination of ‘lean’ microbes to treat obesity. Whilst we wait for the Microbiome Pill, perhaps we should be focusing our attention on understanding how to create a healthy gut environment. So, whilst it’s noble to try and get the population thinking about what they eat and encouraging more exercise, it would seem that labels that fail to factor-in gut microbes may not give the full picture.

Dr Ese Stacey is a Sport and Exercise Medicine Consultant, whose main practice is in Brighton. She also practices at Princess Grace in London one day a week. Her interest in gut health stems from her kids, who have all had various issues with gut health. Dr Ese has become a leading voice in gut health and regularly gives talks to captive audiences on the subject. Her specialism in practice is solving long term musculoskeletal conditions that just aren’t getting better. She believes that gut health is central to all health, using it to explain and treat conditions. She is an Oryon Connect Partner, so if you have a chronic condition that isn’t getting better, or you’re a practitioner looking to refer a patient on, contact Oryon Connect on 020 7042 1881 to find out more and book an appointment.

How much does a private X-ray cost?

Calories vs the microbiome